Did you know that approximately 90 emergency churches like the one in Gescher were built in the Federal Republic of Germany?

Until 1939, only about 25 inhabitants of Gescher were of Protestant faith. This changed dramatically when Germans from the former eastern territories arrived in Gescher after World War II. The Protestant community grew rapidly, but did not have a hall to meet in for their services. Therefore, it was a great gesture of Ottilie Hüesker to open the private rooms of the Hüesker family to the young congregation. Later on they met in the assembly hall of Von-Galen School. The idea to build a Protestant assembly room arose as early as 1946.

Plans took shape from 1950 onwards when the church asked architect Otto Bartning to examine if a "diaspora church" could be built in the near future. Bartning had created a serial church design with a wooden truss structure. It was both cost-effective and fast to build with the help of parishioners. The interior was both appealing and functional.

The new church with its seven axes provided space for 310 worshippers.  The fledgling congregation gave both hands-on support and donations to finance it. Further support came from the Lutheran World Federation in conjunction with the Westphalian Diaspora Aid. The Hüesker family of bell founders donated a small bell for the ridge house.

In June 1952, two weeks after the ground-breaking ceremony, the foundation stone was laid. Only five months later the church was consecrated in a ceremony and handed over to the congregation. Its name, Gnadenkirche, alludes to the grace of God.

In 1994 the church was classified as an historical building since it is an outstanding example of Protestant church construction of post-war Germany. Gnadenkirche was extended in 2001 and since then also serves as a church centre.

Bartning was a leading figure of modern architecture in Germany. He collaborated with Walter Gropius at the Bauhaus and, from 1926 to 1930, was director of the State Building Academy in Weimar. From 1949 to 1958 he served as president of the Association of German Architects. He realised not only numerous church buildings, but also important housing projects such as Siemensstadt (1926 to 1929) in the Berlin metropolitan area. 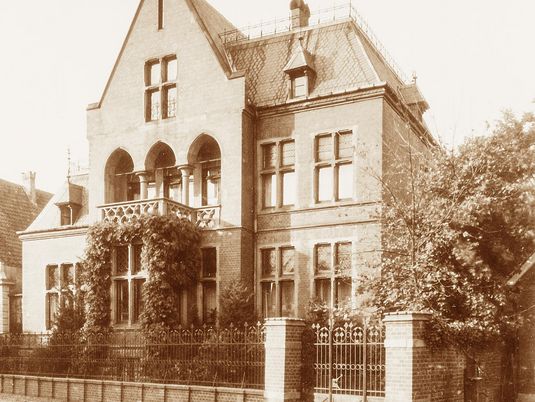 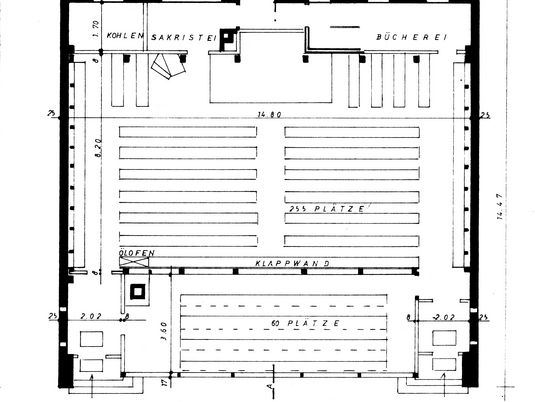 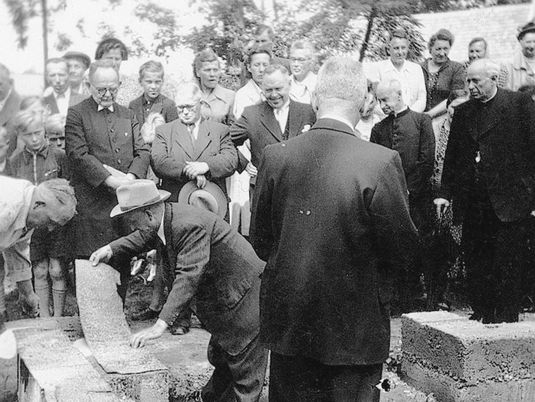 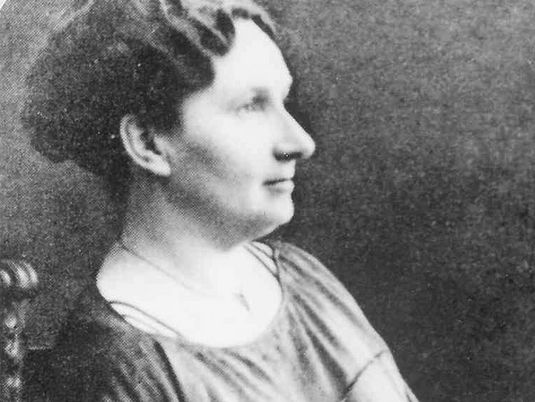 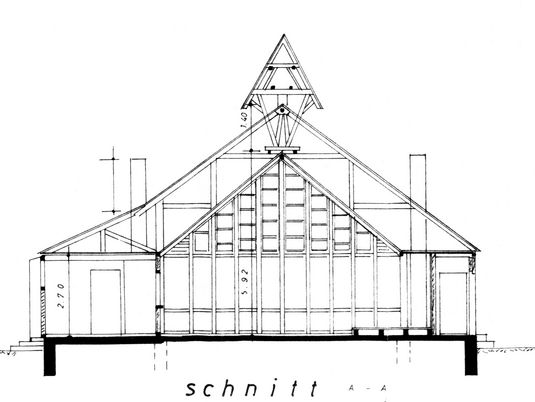 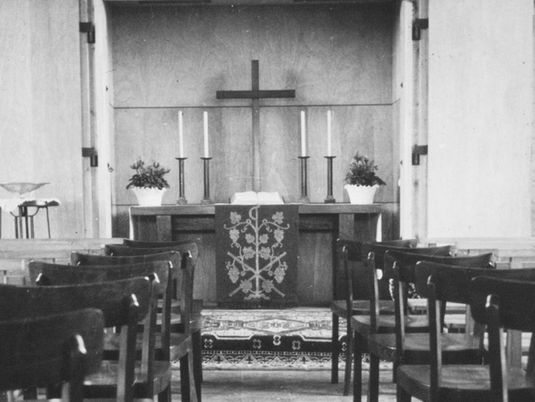 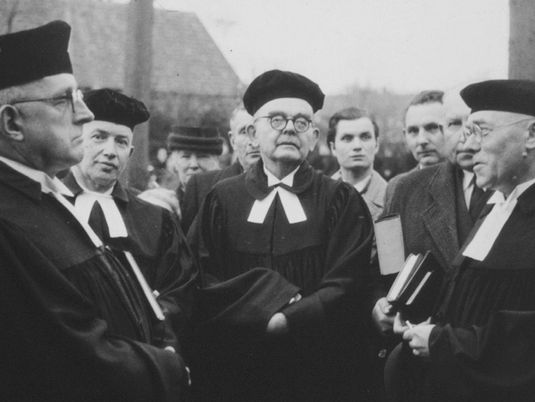 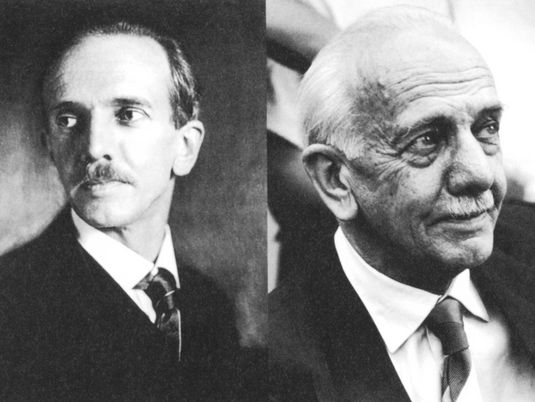 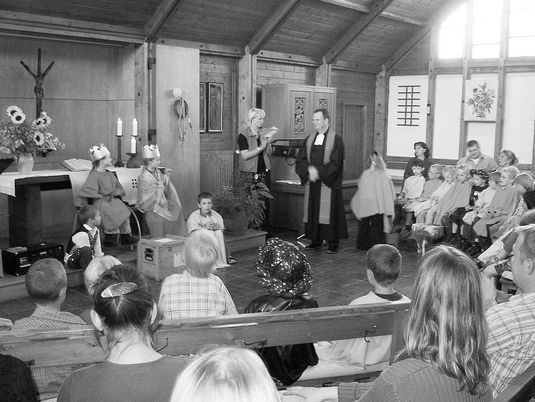 Flight and expulsion - a new home in the West

After World War II Eastern Europe and, in particular, the former German territories in the East were newly divided and the existing national territories and borders were shifted dramatically.

About 12 million Germans were expelled from Upper and Lower Silesia, East and West Prussia and the Sudetenland. As refugees, they had to find a new home in the western and central parts of Germany.

The first expellees arrived in Gescher on Christmas Eve 1945. Accomodating them was a difficult task. By 1951, around 1,800 people had been directed to Gescher as refugees from the eastern regions. This caused an unprecedented housing shortage in town. Tackling it was a huge challenge for the community. Most of the new arrivals were accommodated on farms, where they lived in basements, stables, on attics and the like. By the end of 1951, almost half the refugees who had arrived in Gescher were still living in such makeshift accommodation.

To tackle the housing shortage, a non-profit building and housing association was founded in 1949 on the initiative of municipal director Dr. Mösenfechtel. New buildings were erected on the outskirts of town, mainly to provide the "new citizens from the East" with homes and, hopefully, make them feel at home. Borkener Damm, Schultenrott, the Venneweg and Fabrikstrasse as well as Eichenweg/Finkenweg were the main areas of development.

The Protestant Congregation of Gescher

Most of the refugees who arrived in Catholic Gescher were Protestants, which initially turned out to be a challenge for both sides. Over the years, the new Protestant congregation began to flourish and even managed to build various of their own facilities, such as

in 1997 - Kindergarden "Garden Gethsemane" at the city park

In 2019 the Protestant parish of Gescher and Hochmoor had about 1,880 members. 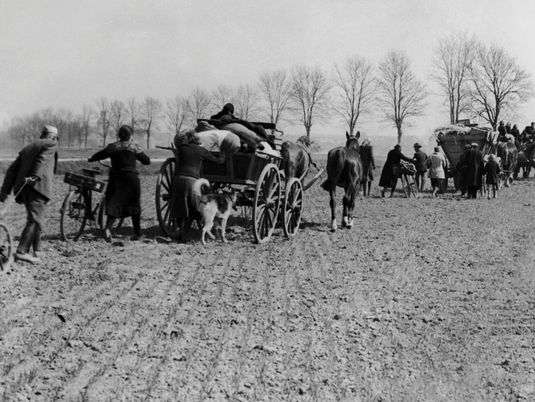 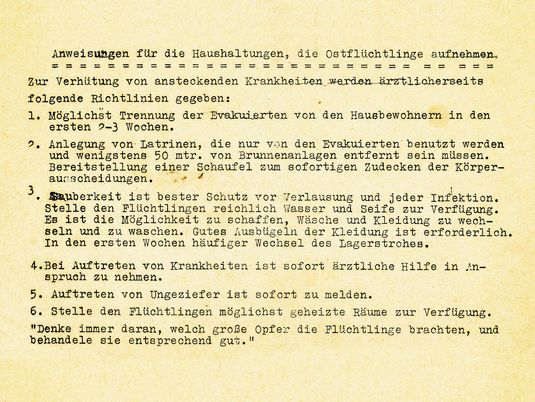 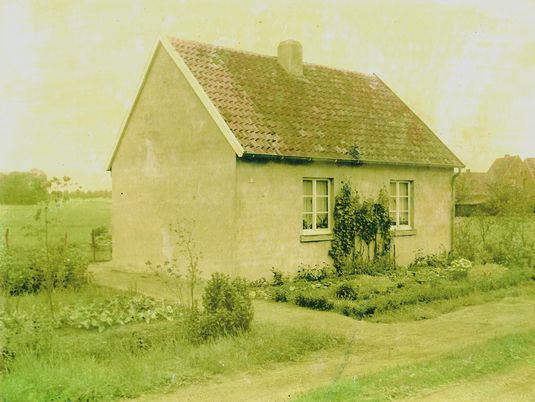 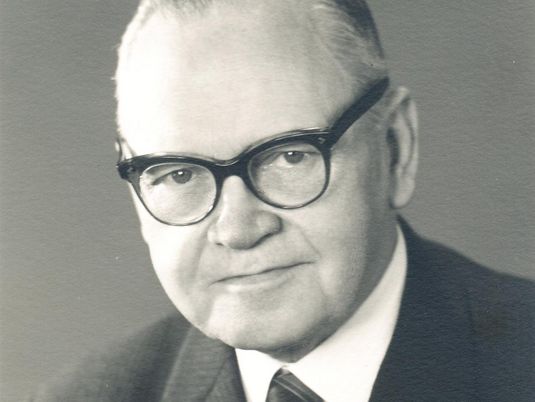 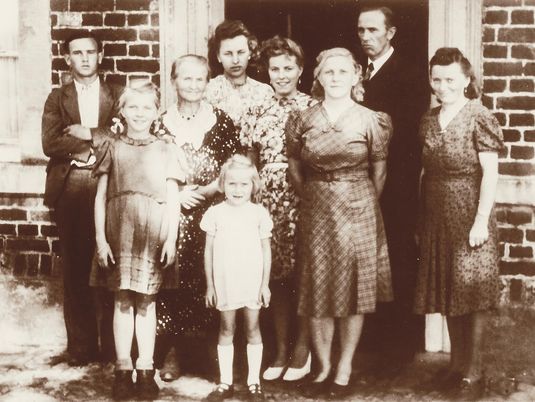 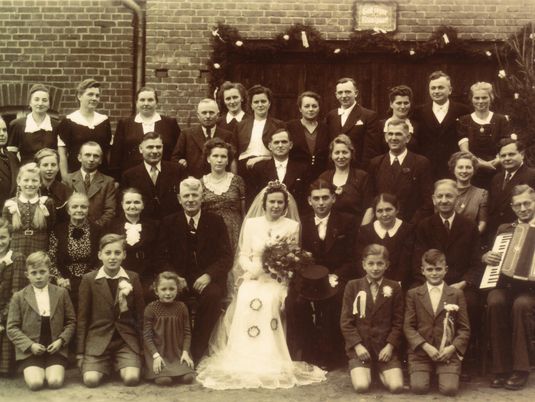 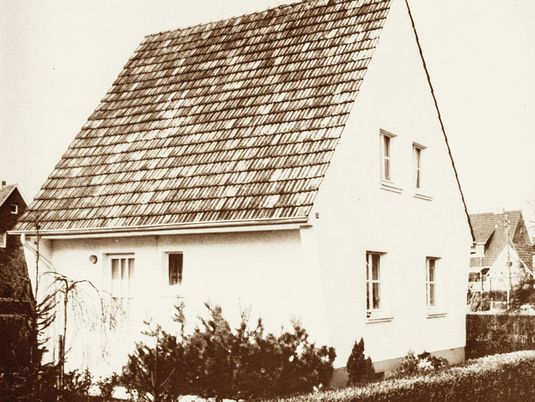 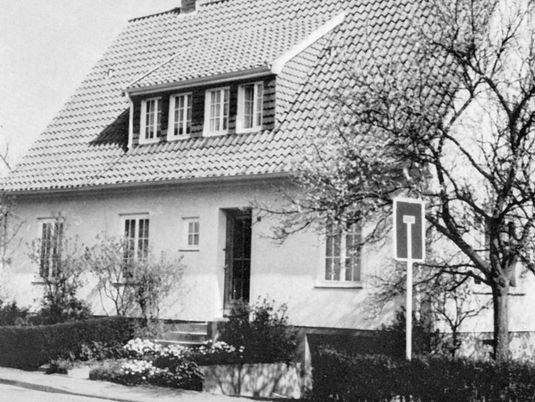 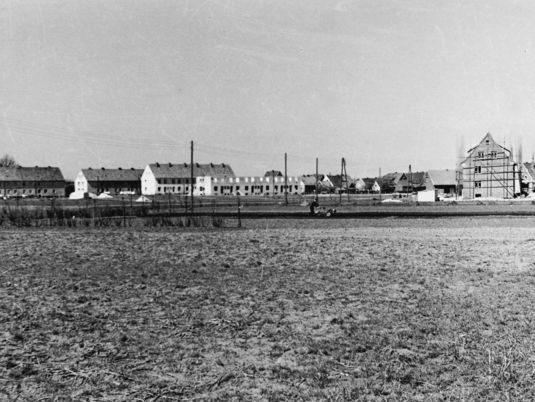 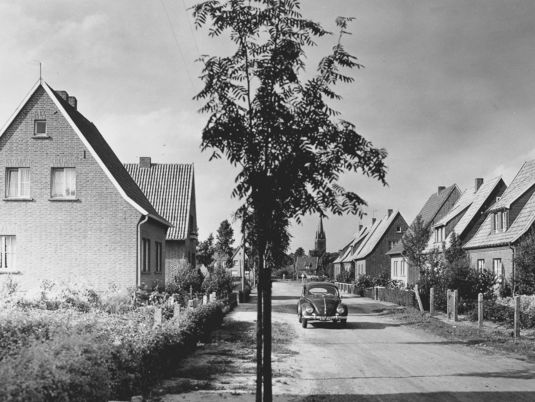 Ideas to create a large park between the old town centre and the new residential areas to the south first arose in 1959.

Gescher applied for funding to the district government, stating that:

"The creation of a park is urgently required as there are no significant green spaces in town, owing to the lack of systematic planning in the past. Forming a central green space is, therefore, the only way to improve the town's appearance.”

The park was designed in 1968/69 by landscape architect Ulli Gerdes from Worpswede, who used stylistic elements of an open space architecture, which at the time was favoured at garden shows and spa resorts.

When opened in 1970, the park met with great approval from the public. People loved its rose arbours, green pergolas and seating areas, placed between raised beds displaying a variety of plants. The central water fountain and water features in a swan lake made the park stand out from others. Exotic trees and shrubs gave it an unusual touch. The park soon became a popular meeting place.

20 years later, the city was no longer able to pay for the intensive maintenance of the park and its technical installations. Bushes and plant began to overgrow the open spaces and pergolas were decaying. The water features and the central fountain were abandoned and the water basin was converted into a sandbox. The park was equipped with large-scale sports equipment, such as a skating rink, streetball court and cable car to turn it into a playground for children and young people.

In 1997, Gescher gave one section of the park to the Protestant church to build the Gethsemane kindergarten, which was extended in 2013/14.

In 2010, it was suggested to convert the park into a “park for all generations” and to involve clubs, associations and committed citizens in implementing this. The idea was partly realised and an open-air chess board, boules court, beach volleyball courts, take-along bookcase and new LED path lighting were installed thanks to private initiatives and the help of sponsors from the city and region.

In 2016, when numerous refugees had to be housed, the town installed residential containers in the northern section of the park. Let’s see what the future will hold for Gescher’s municipal park. 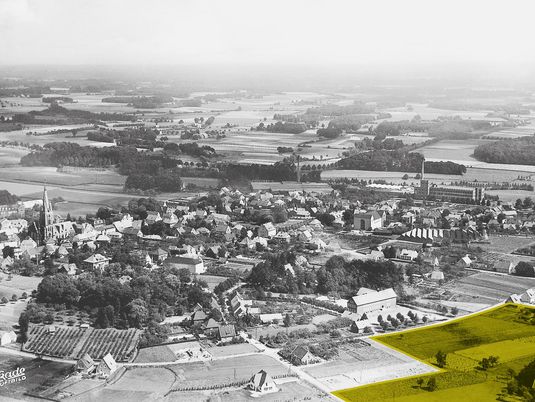 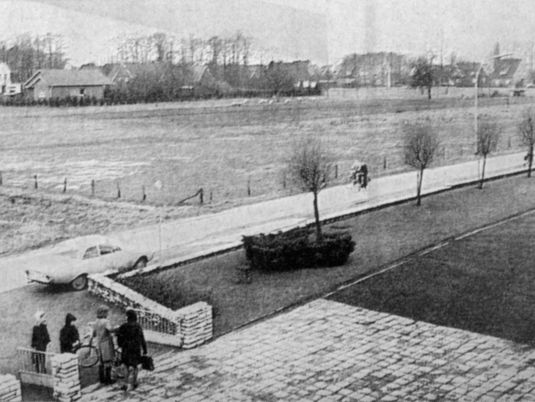 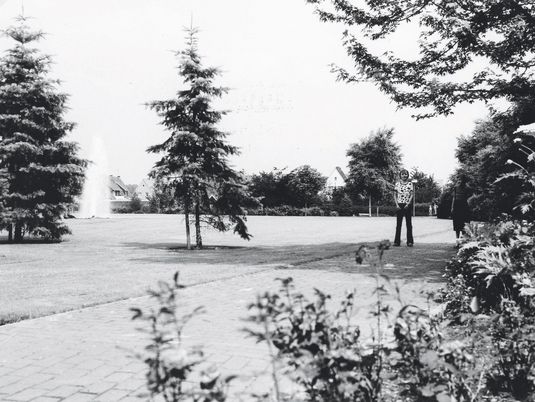 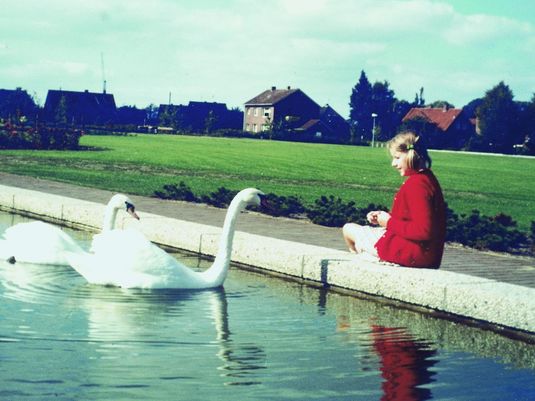 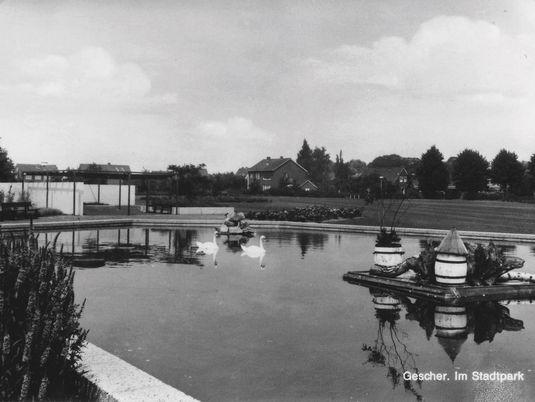 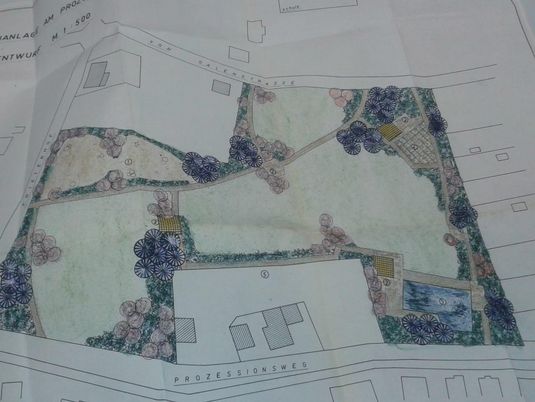 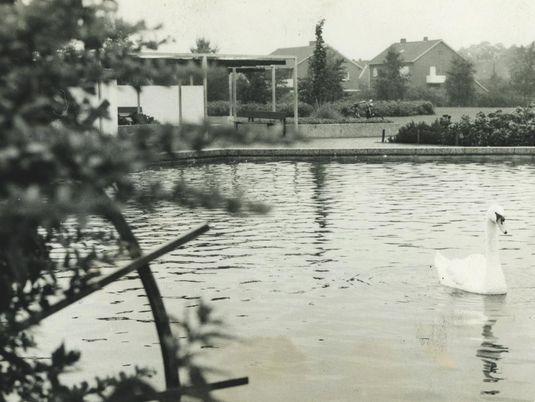